How to Naturally Beat Jetlag After a Long-Haul Flight 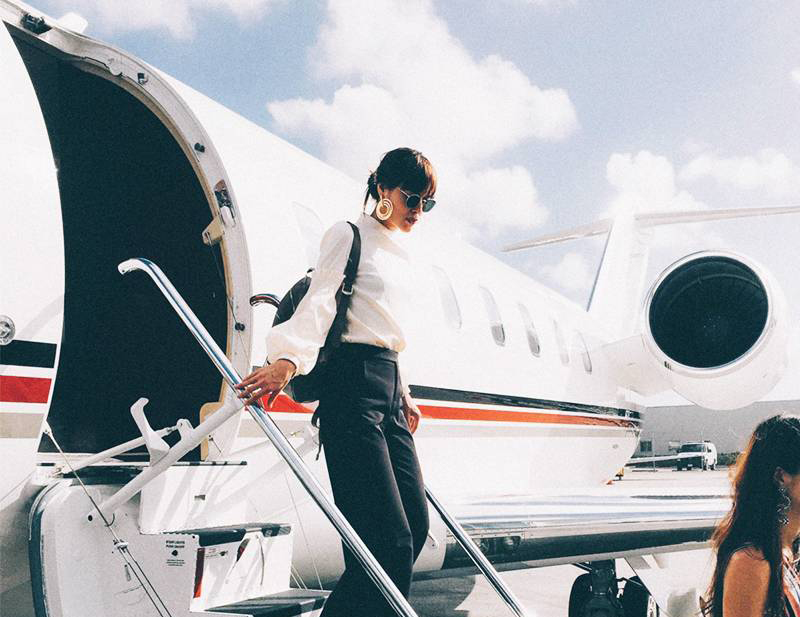 Most of these trips have been short—a week in a city or country. That means, just when I hit a sleep rhythm that matches the beat of my new timezone, I’m back home again, falling into step with NYC. (And reaching for caffeine like a teen girl in the first row of a Bieber concert.) And then, suddenly, I wasn’t so bleary eyed after a long-ass flight; and I put it down to a couple of new post-flight rituals.

After returning from London in May and clocking up more than 60 hours on a plane in three weeks (!!), I went on an Internet deep-dive, searching articles, Reddit threads, Instagram captions, and podcasts for the best jet-lag cures. Some I ignored (a vitamin IV treatment—no thanks), but mostly I kept an open mind, trialling upwards of a dozen would-be remedies. Here are the two that worked.

Dispel any images of howling at the moon that are running through your mind right now; moon-bathing isn’t as woo-woo as it sounds. Simply put, I try to get into the rhythm of a new city by getting as much natural sunlight and moonlight over the 24-hour period following touch-down. This means sitting by the window at work or outside if possible, walking to and from the office and meetings, and literally lying on my balcony for a couple of hours at night before bed listening to podcasts or writing. The first time I committed to a few solid hours of sunlight and moonlight each after stepping off the tarmac, I had zero trouble falling asleep and woke up at a totally acceptable 7 a.m. the following morning feeling energized and focused.

lso known as earthing, grounding involves making direct contact between your bare feet and the earth. By getting in touch, literally, with the grass, dirt, or sand, some folks say you soak up the earth’s negative charge, which reduces inflammation and leaves you feeling more refreshed. Yes, it sounds a little absurd, but there are some studies suggesting the practice helps improve sleep, normalizes stress hormones, and boosts the immune system, and more—all of which are particularly helpful when you’re trying to move between timezones.

Image via Natalie Off Duty